Left about 11 am with the sun shining and dry feet, though bundled to the hilt against the close to freezing winds, and made it to St Sulpice in time for the end of mass and the magnificent organ concert. The music was particularly uplifting given the grandeur of the surroundings and the memory of what happened last weekend. We were all spellbound by the soaring and triumphant music.

Found a tiny cafe which was willing to accommodate all of us for a lovely lunch of champignons gratin, a duck dish, and soup. Delicieux! We took our time like good French people do, then headed out to a medieval castle right on the eastern edge of Paris originally built as a hunting lodge, Chateaux Vincennes. Lots of interesting history here (with two historians for parents, these kids are doomed), a beautiful (other) Sainte Chappelle and amazing “keep”. 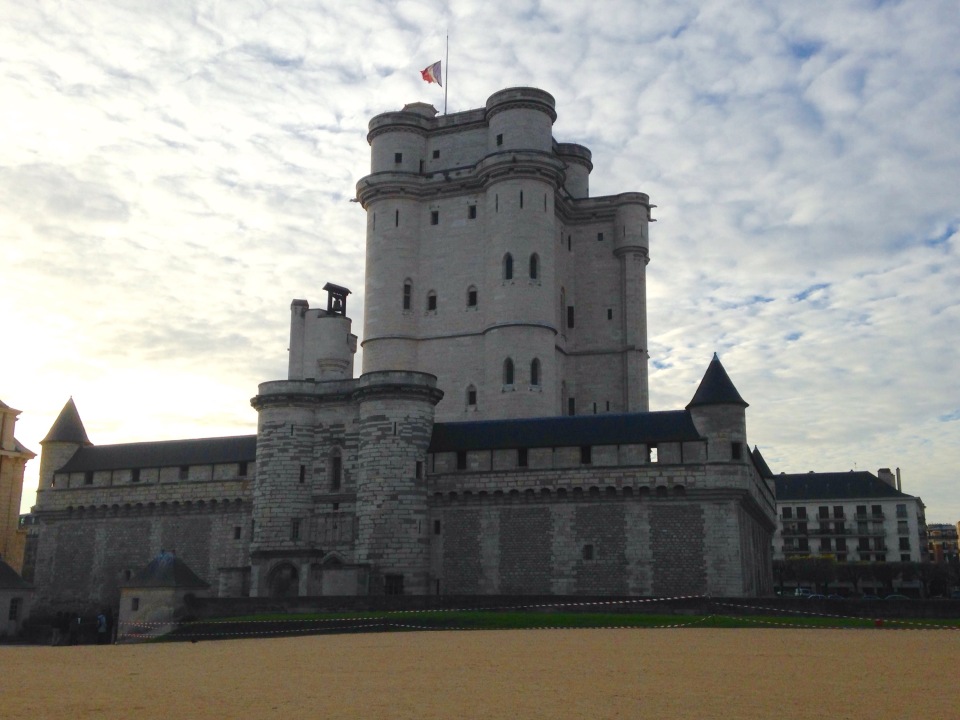 Lani is remarkably flexible through all this, snug in her stroller most of the time, napping when she needs to, and we stop from time to time for Allie to feed her. 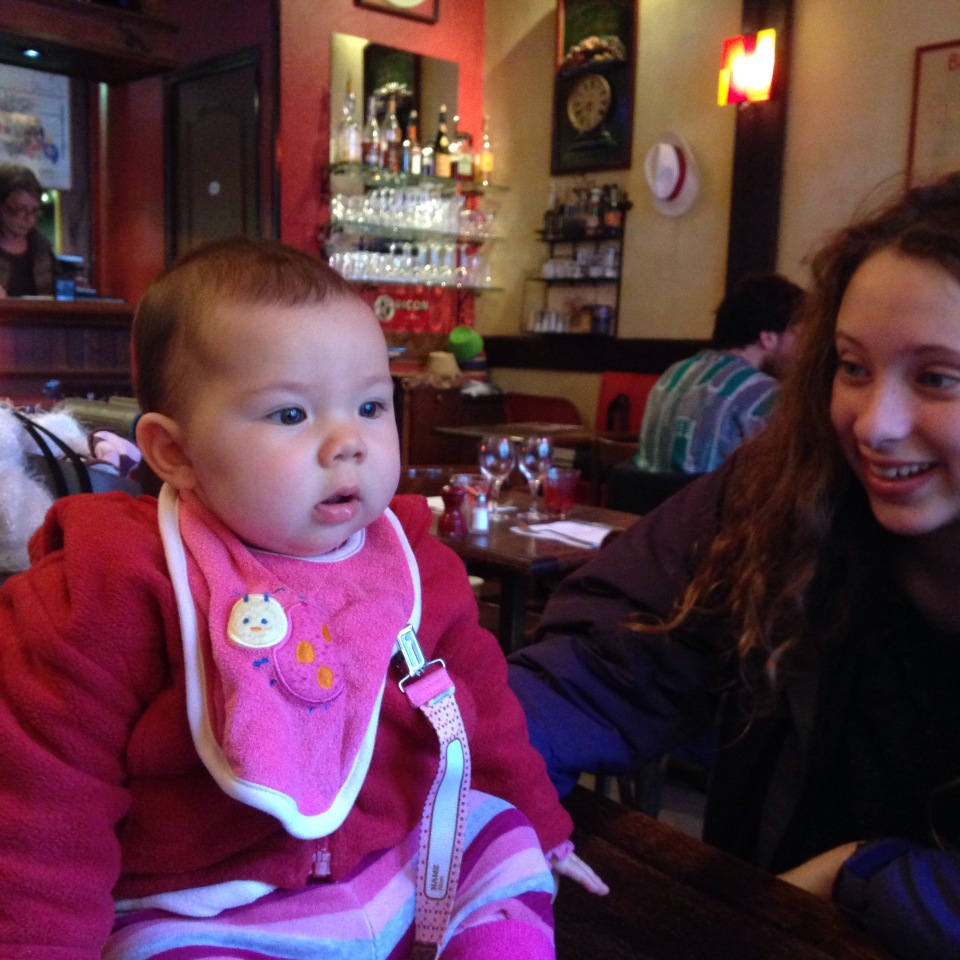 Back into the center of Paris on the Champs Elysee for the Christmas market (Les Villages de Noel) which cannot be adequately explained: lights, food, things to buy, lots of people. Amazing. We had a blast, including three of us on the trampolines! (Stan, Lani and I declined). We had vin chaud (hot mulled wine), sausages, crepes with Nutella, waffles with cookie butter, hot chocolate, macaroons, and candy. Yes, we are celebrating! 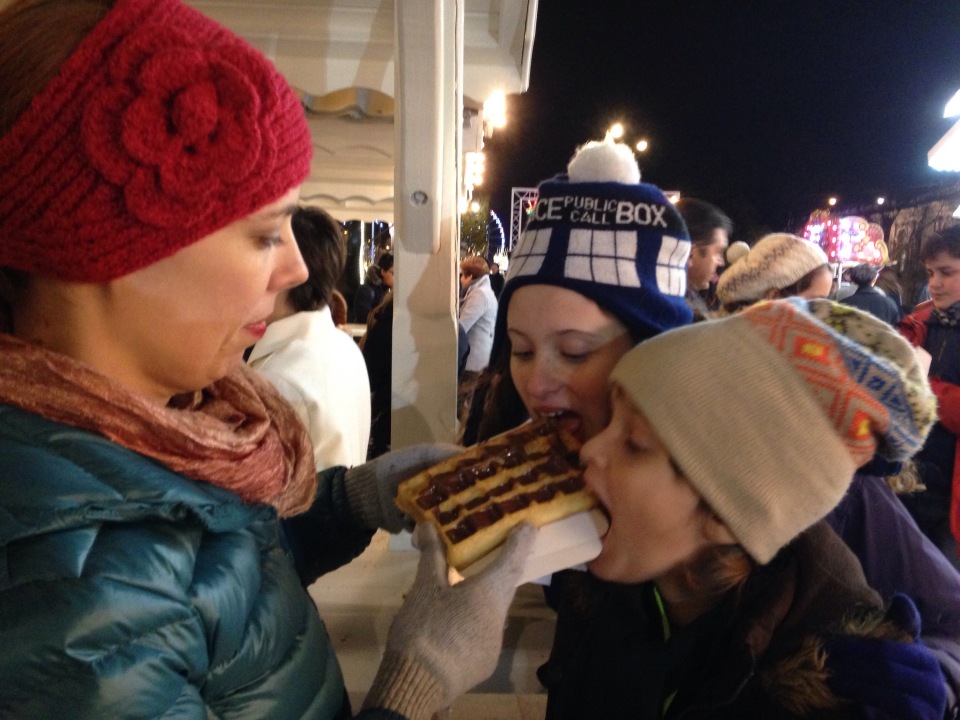 This last picture is blurry due to bad lighting and my lack of skill, but I thought the government building lit like a flag typified the spirit of the French people who seem undaunted and brave. Vive La France!